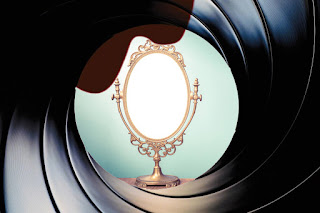 Pop culture and society: Why the last Bond film made a right decision that is nevertheless a grave mistake.

Spoiler alert: Do not read on if you have not yet seen "No time to die" but would like to watch it at some point.

So Daniel Craig leaves the Bond franchise in maximum cinematic thunder. James Bond dies in the hail of missiles he himself unleashed. You can hardly get more metaphorical than that. How logical this end of a pop icon is, however, only becomes clear when one analyses Craig's secret agent in the overall picture and in socio-political terms. For although the 007 films were, of course, first and foremost popcorn cinema of the highest order, they are also always a mirror of their time. Similar to the Ikea catalogue, which - it may be a coincidence - finds its printed end in the same year as the fictional master spy in the service of Her Majesty.

The observation that the James Bond that producer Barbara Broccoli, together with a number of the most renowned scriptwriters and producers, and not least with leading actor Daniel Craig, brought to the screens of the world and developed in five installations has become a socio-political anachronism may initially surprise many, and perhaps even outrage some. Not least probably also the creators themselves. After all, they have been exemplary in terms of diversity. They have taken great pains to turn the once woman-devouring supermacho into a sensitive lover and ultimately even a family man. It is quite possible that Broccoli and her entourage are not even aware of how consistent it was to let this James Bond die like this. Perhaps they did it instinctively.

Neoliberalism at its purest

"Why would the man do that?" is something you may have always asked yourself, but certainly more often than ever before in the last five 007 films. Because Daniel Craig has taken and endured far more in the role than any Bond before him. However, the answer to the question about the motivation for all the ordeals given by Craig and the team of writers and producers was completely different from that given by the predecessors and Ian Flemming himself. The motivations for this, now deceased, James Bond were thoroughly personal.
First the love for Vesper Lynd, then three films of vendetta to avenge her death plus the involvement of his own stepbrother and finally a new love and even a child. All pure individual motives. One must not forget: Craig's Bond was a creature of the zero years. “Casino Royale” was released two years before the Lehman Brothers bankruptcy and is conceptually thoroughly influenced by the neoliberal spirit of the first two decades of this century.

This obviously made it simply unthinkable in the literal sense of the word for someone to accomplish extraordinary things, even to risk ones life, for other than personal, private, ergo-centric reasons.

Saving the world on the side

The mantra that each and everyone - as undisturbed as possible by rules - gets the optimum for themselves personally, and that this then leads to a better world for everyone as a "by-product", so to speak - or in the case of James Bond, the world is also saved along the way - is exactly the neoliberal creed in which, unfortunately, the Liberals in Germany, for example, still believe.

But this view of the world is itself dying meanwhile. It has proven to be a misjudgement in many respects, with partly fatal consequences. From the aforementioned financial crisis to the euro crisis, the Third World-like conditions in large parts of the USA, the supposed land of unlimited opportunities and freedom, to the Corona pandemic, in which the world had to painfully experience that the good-is-what-is-good-for-me approach is not leading anywhere. With a view to the greatest crisis of humanity, the climate catastrophe, parts o fan entire generation has now mobilised itself, at the latest with Fridays 4 Future, who are once again pursuing a common goal that is not primarily congruent with personal advantage. And that is only the beginning.

So in this respect it is absolutely logical to let this Bond - despite all commendable efforts at diversity - die, outdated by the times. But of course he could just as well have been given the chance to change. One could have shown how the disillusioned, desperate Bond, driven only by personal motivation, becomes through enlightenment one who is loving life. Who finds motivation in service to the community; in short, he could have been given the chance to become a hero.

The Craig approach was a mistake from the start. At least there is still the reboot for the franchise. Too bad there isn't one for the real world. 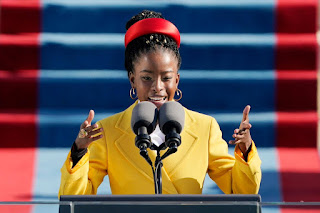